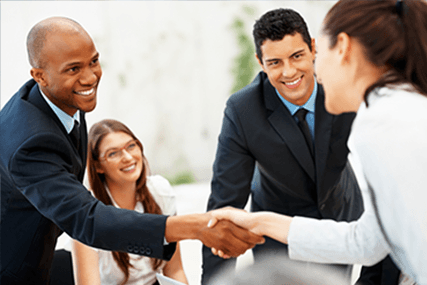 What Can and Can’t You Do While Out on Bail?

The best thing about getting out on bail is resuming your normal life and routine- more or less, in the comfort of your home, surrounded by your family and friends while you wait for a trial date. Of course, this is followed by multiple considerations, such as what you should be doing during this time, more so what are you not allowed to do in order to stay out of the possibility of revoking your bail.

If you are curious to know what you typically can and can and cannot do while out on bail, keep reading!

You Can Travel Within and Outside the State

Provided the terms and agreements! Generally traveling within the state is permitted upon written consent from the bail agent and the court. Regarding travel outside the state, there are a few factors that are considered in granting permission. Though you may have written permission from the court, occasionally, your bail bond agent may reserve the right to restrict your out-of-state travel. This condition relies heavily on the sensitivity of your case and the bail bond amount.

As per international travel, the court and bail agent almost never permit it, as it may cause complications for you and the bail agent. There are, however, special considerations where you may be given special permission. For example, you already had a vacation planned and the hearing date is well ahead. One of the most common reasons why you are not allowed to leave the country is that it might result in you being late to the hearing.

You Can Find and Keep a Job

If you have a job, keep working your normal schedule, because if you stop going to work because you were in custody and didn’t post bail, you will have lesser money to build your defense. Additionally, you could also get fired from the job. Continuing your job is seen in a positive light by the court as it implies you are less likely to run away because of your commitments to the community.

If you don’t have a job, start looking! Finding a job and staying in it can signify your positive attitude of going forward in life and may help make your defense strong. This may also later be conveyed at trial to the judge or jury to aid decisions in your favor.

There are a set of conditions and rules that must be followed when you are released on bail. They will depend on the crime, your interaction with the community, your criminal record, and your mental condition.

For example, if you were arrested for drunk driving, similar restrictions may be imposed on you such as, no alcohol consumption, not attending bars or places that serve alcohol, going to AA meetings, and attending DUI traffic school.

You Can’t-Miss Any Court Dates

Missing out on your scheduled court appearance may be the worst thing you do. It will send a load of legal problems your way along with, of course, being sent back to jail. Failing to appear at any hearing for the case you posted bail for, will have a bail agent or a law enforcement officer at your doorstep to take you back to jail so that the bail agent is not forced to pay the full amount of your bail to the court.

If you used your own money or collateral and do not attend a hearing, not only the money/collateral is forfeited, the court will issue an arrest warrant to escort you to jail!

Getting out on bail is definitely better than staying in jail, but there are a few factors that you should oblige with, for smooth processes.

Call Avolevan Bail Bonds for free bail information. 909-721-8204. We serve cities like Chino and Chino Hills Bail Bonds, Bail bonds San Dimas, and Pomona Bail Bonds. We are the fastest acting bail agency in California. We will have your loved one out faster than anyone else.